Lyme disease and Heartworm are two common risks associated with owning a dog. For example, the tick isn’t just a single season problem. They’re able to survive until temperatures are near freezing; in Southern Ontario ticks are, nearly, a year-round problem. These pests are the number one cause for Lyme disease in dogs, the most prevalent being the deer tick.

Lyme disease is a bacterial illness, caused by Borrelia burgdorferi. This illness is spread through a tick bite and travels through the bloodstream of the bitten mammal. The most common symptom of Lyme disease is inflammation in the joints, which can severely limit your dog’s ability to walk. This inflammation may clear up after three to five days, but then return in the same or another leg soon after. Sadly, the treatment for Lyme disease is not always successful. It could seem like all the bacteria’s gone but then pop up years down the road. For this reason, prevention is the best course of action. Keep your backyard tidy; when you’re out hiking, keep to the trails and out of long grass. Ticks are unable to fly; they sit at the top of long grass or at the end of bushes, waiting for animals (or humans, remember to also check yourselves!) to brush by so they can catch a ride. Additionally, you may want to look into pet friendly bug repellents. (We’ve previously posted some information about these, here’s the link: Parasite Prevention)

If you do find a tick on your dog, remove it as soon as possible. Ticks usually need to be attached to dogs for around 48 hours before they can spread diseases. Check your dog’s fur regularly after returning home from a walk or a hike, prevention is key!

Heartworm disease is caused by a parasitic worm called Dirofilaria immitis and are called “heartworms” because the adults live in the heart, lungs, and associated blood vessels of an infected animal. The worms are spread through the bite of a mosquito, the intermediate host, meaning that the worms live inside a mosquito for a short transition period in order to become infective (able to cause heartworm disease). If affected, a dog becomes the definitive host, meaning that the worms mature into adults, mate, and produce offspring while living inside them.

There are four classes, or stages, of heartworm disease.  The higher the class, the worse the disease and the more obvious the symptoms.

• Class 1:  No symptoms or mild symptoms such as an occasional cough.

• Class 2:  Mild to moderate symptoms such as an occasional cough and tiredness after moderate activity.

• Class 3:  More severe symptoms, such as a sickly appearance, persistent cough, and tiredness after mild activity. Trouble breathing and signs of heart failure are common. For class 2 and 3 heartworm disease, heart and lung changes are usually seen on chest x-rays.

• Class 4:  Also called caval syndrome. There is such a heavy worm burden that blood flowing back to the heart is physically blocked by a large mass of worms.  Caval syndrome is life-threatening and quick surgical removal of the heartworms is the only treatment option. The surgery is risky, and even with surgery, most dogs with caval syndrome die.

If your dog contracts heartworm disease, the process of terminating the worms is lengthy and costly. Again, prevention is the best recommended route. Many products are FDA-approved for the prevention of heartworms in dogs; they all require a veterinarian’s prescription. Most products are given monthly, either as a topical liquid applied on the skin or as an oral tablet, both chewable and non-chewable oral tablets are available. It is important to have your dog tested by a veterinarian for heartworm disease before starting any prevention. Heartworm preventives do not kill adult heartworms. Also, giving a heartworm preventive to a dog infected with adult heartworms may be harmful or deadly. If microfilariae are in the dog’s bloodstream, the preventative could cause the microfilariae to suddenly die, triggering a shock-like reaction and possibly death. 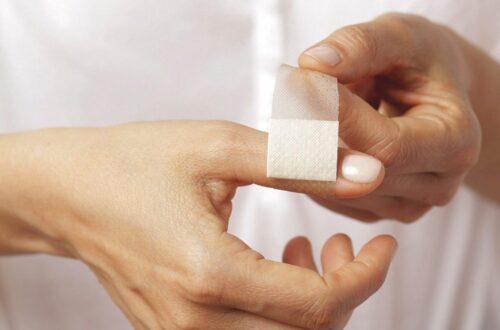